I love getting to know a destination through its food.  That’s why food tours have become one of my favorite ways to see a city and get my belly full at the same time. And our recent tour with Taste of Lisboa’s Food Tour in Lisbon is one of the best food tours I’ve taken.

When planning our trip to Portugal, I knew a Lisbon food tour had to be part of the itinerary.  I researched a few companies and settled on Taste of Lisboa based on their stellar reviews on TripAdvisor.  In addition to several Lisbon food tours, they also offer cooking and dining experiences (next time).

Opting for the Downtown-Mouraria Tour, I booked our tickets online before going to Portugal.  I’m sure you can book once there, but I’m a bit of a planner and like to have at least a rough itinerary planned before leaving.  I love having downtime when traveling just to wander and soak up a place, but for me, there is nothing worse than having spent my hard-earned money and vacation days to go somewhere and then stand around trying to figure out what to do or being disappointed because whatever I wanted to do is sold out.

“The best way to know a city is to eat it.” Scott Westerfeld

But First, a Lisbon History Lesson

We met our guide Catarina at Largo de Sao Domingos near the main tourist area and close to the Rossio station.  The Igreja Sao Domingos church located on the square is classified as a National Monument and was the largest church in Lisbon at one time.  The church’s history includes being home of the Inquisition, suffering damage during an earthquake in 1531, being almost destroyed in the 1755 earthquake and suffering damage once again during a fire in 1959.

A massacre occurred on the square in 1506 when a crowd made up of Catholics and some foreign sailors persecuted, tortured and killed hundreds of people accused of being Jews.  Those responsible were either arrested and hanged, had their possessions confiscated by the Crown or left the country.  A monument was placed on the square in memory of those that were lost.  Catarina explained that today Lisbon is a very tolerant city to make up for its past intolerances.  Look how much we have learned and we haven’t even left the starting point!

Our first tasting at Manteigaria Silva was only a few steps away.  It is a teeny little shop full of wines, charcuterie, and cheese.  A very drinkable Portuguese red wine, Iberian ham, and traditional bread with olive oil were perfect starters.  The group kept going back for slivers of the slightly salty, silky ham and cubes of bread.  We were off to a great start!

The next stop was on the other side of the shop where our guide explained how Bacalhau salted cod came to Portugal and became a staple of their diet.  My husband and I had already tried salted cod fritters and were pleasantly surprised at how much we enjoyed them.  Nonetheless, I was pretty happy we weren’t expected to try the fish at this stop.  The stacks of dried, hairy fish were so unappetizing I didn’t even take a picture!

Catarina shared information about various landmarks as we walked to our next stop, O Buraco Snack.  Seated outside, we enjoyed conversation in the warm sunshine along with codfish cakes served with creamy tomato rice and Vinho Verde (green wine).  Most tastings on a tour like this are similar to a small plate and not just a bite of something.  No grocery samples here.  The codfish cake and rice were simple, yet tasty.

Vinho Verde became a favorite of mine on this trip.  It’s a Portuguese wine and the name literally means green wine.  It’s a young wine with a slight effervesce to it.  Icy cold and fizzy, it’s the perfect beverage to enjoy in the hot Portuguese sun.  My husband is not a wine drinker and he enjoyed it thoroughly.

Ze Dos Cornos is a teeny little place.   So small that Catarina stayed outside and talked to us through the window.  The bifana sandwich was the main attraction here.  Thin, marinated pork slices are sandwiched between a Portuguese bread roll.  We were told it’s a very popular sandwich in Portugal especially after a long night of drinking. It was fine but didn’t knock my socks off. Maybe I hadn’t had enough to drink.

I was more excited about the various cheeses, quince paste and melon also served at Ze Dos Cornos.  We sampled three Portuguese kinds of cheese and again, they were okay.  But I love quince paste and that paired with a chunk of salty cheese was a tasty bite.  And the melon was insanely good!  Sweet and juicy, it was a perfect treat in the heat.

From here, our tour took us through the Mouraria neighborhood which is known as the birthplace of Fado.  Fado is a traditional style of music with lyrics about the sea and the life of the poor residents in Mouraria.  There is a longing, or saudade in Portuguese, that gives the music a mournful quality.  Home to many famous Fado singers I felt the pride residents have about its rich history as we wound our way up and through the narrow streets.

Tasca Os Amigos Da Servera is a tiny little place where ginjinha is served.  Ginjinha is a Portuguese liquor made with cherries.  It’s served as a shot and can be found all over Lisbon.  I generally dislike anything cherry flavored because it reminds of cough syrup.  However, I set out to try everything and threw it back.  It was strong both in cherry flavor and alcohol.  I’m glad I tried it but one shot was enough.

My favorite tasting!  New restaurants opening up in the neighborhood pair traditional ingredients with new cooking methods and recipes.  Jasmim Da Mouraria is one of those restaurants and is a beautiful, modern space.  Our first course was a refreshing bowl of marinated carrots.  Sweet, crunchy and just plain delicious.

Now, the next course was one that we weren’t sure about.  Canned fish is widely eaten in Portugal and colorful packages of different flavors of tuna, anchovies, and mackerel are available throughout the city (and make inexpensive and fun souvenirs).  We eat lots of canned tuna at home but that’s where our canned fish experience stops.

Again, in the spirit of trying everything I grabbed a piece of bread topped with a generous piece of mackerel and drizzled some of the vinegarette over it.  Oh, my goodness!  It was amazing!  The mackerel is meaty and not at all fishy tasting.  Isn’t it funny how we don’t want fish to be fishy tasting?  It took some prodding, but I eventually convinced my husband to try a piece and he loved it too.

As we came around a corner, we spied a bunch of covered tables sitting in front of a bright yellow wall.  I immediately recognized it as a restaurant I had seen on YouTube but I didn’t expect to get the opportunity to eat here.  Cantinho Do Aziz is a Mozambican restaurant and certainly not the type of restaurant you expect to find in one of Lisbon’s oldest neighborhoods.

We enjoyed some beef filled samosas that were perfectly crispy.  Those brave enough tried the super hot sauce as well.  I tentatively dipped my samosa in the diablo sauce and was fine with one taste. A glass of mango nectar or a beer helped calm the heat from the hot sauce.  Stops like these are one of the reasons I enjoy food tours so much.  My husband would have never agreed to go here, but because it was on the tour he didn’t have a choice!

The food is the star attraction on any food tour, but on the Lisbon Food Tour, I enjoyed walking through the neighborhood as much as I enjoyed the food tastings.  Seeing the residents go about their day and seeing community projects and art throughout the neighborhood enhanced our visit to Lisbon by providing as the opportunity to see beyond the tourist areas.

The last stop on our Taste of Lisboa tour was a sweet one.  Let me tell you, the pastry game in Lisbon is on point.  Just thinking about Pasteis de Nata makes my mouth water.  A pastel de nata, singular although it’s impossible to eat just one, is a tart with an oh-so-crispy crust filled with rich, silky egg-custard.  Eating a warm pastel de nata is a bit of a spiritual experience.

So it’s only fitting that on a tour of traditional Portuguese flavors, Pasteis de Nata would be served at Confeitaria Nacional. As I stepped in I felt like I had stepped back to a more elegant place in time where they have been making incredible pastry since 1829.  Our Pasteis de Nata was served with lemon tea.  I loved this stuff and I’m not much of a tea drinker.  Once the piping hot tea cooled enough to taste I found it was sweet with just the perfect hint of lemon.

Taste of Lisboa’s tour was hands down one of my favorite food and walking tours.  Not only did we get to try an amazing variety and quantity of food, but we also were able to feel the history and the spirit of this place that I now have such affection for.

Prices are 75E, 30E for children 6-12 years old, and free for children under 6.  While this may seem pricey, remember you are getting a four-hour tour and more than a meal.  Alcoholic beverages are included on many tours, including three on this one.  A lot of bang for that buck (or Euro)!

Group size for Lisboa Food Tours is a max of twelve people.  This is a perfect size for getting to know the other tourists and hearing the guide.  Walking is involved and the tour route is estimated to be 2 kilometers or 1.2 miles.  And you can’t walk anywhere in Portugal without climbing hills and steps and this tour is no exception.

Dietary restrictions can be accommodated (except for vegan) and should be communicated at the time of the booking and no later than one day before your tour. 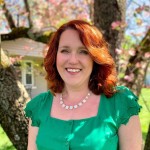 10 Tips for Getting the Most Out of a Food Tour

10 Reasons Why I Love Lisbon (and you will too!) 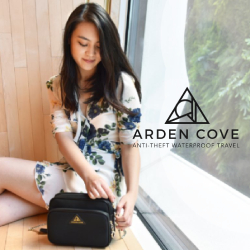